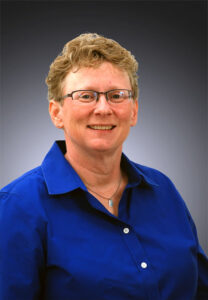 Joan Coates, DVM, MS, DACVIM-Neurology has accepted the role of interim hospital director of the Veterinary Health Center at the University of Missouri College of Veterinary Medicine. Coates, who serves the CVM as a professor of neurology and neurosurgery and director of the Comparative Neurology Program, was elected to this position by VHC staff and faculty following the retirement of former VHC Director David Wilson, DVM, MS, DACVS.

Coates earned both a bachelor’s degree and a doctor of veterinary medicine degree from the University of Missouri. She completed a small animal rotating internship at Texas A&M University and a three-year residency in neurology and neurosurgery at Auburn University. She also received a master of science degree in neuroscience from Auburn University. As a researcher and member of the Comparative Neurology Program, she is involved with translational research for treatment of neurodegenerative diseases. Her research focus involves the study of canine degenerative myelopathy as a disease model for ALS. In addition, Coates is a diplomate of the American College of Veterinary Internal Medicine.

In her free time away from the CVM, Coates enjoys spending time with her family and their four dogs, one cat, two miniature Sicilian donkeys and two quarter horses. Her hobbies include long-distance cycling, hiking, trekking and playing the flute.

“The position of interim hospital director is one of preparation for new leadership of the MU Veterinary Health Center,” said Coates. “I have been a faculty neurologist at the VHC for 18 years and currently serve as service leader and section head of neurology and neurosurgery. I have also had the opportunity to act as co-coordinator of the small animal area and was on the hospital advisory board for six years until 2020. As interim hospital director, I will openly listen with transparency and inclusion and will work closely with others to manage and perform the duties. I have been and will continue to be an advocate for growth of the MU VHC at the Kansas City, Wentzville, and Columbia clinics. It is my hope that together, we will prepare for the interview and selection processes of a new chief medical officer for the VHC.”

Coates’ appointment will span six months while a search for a permanent director is under way.