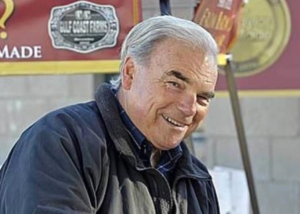 A former faculty member at the University of Missouri College of Veterinary Medicine, he was known as a pioneer in the field of equine veterinary medicine.

Johnson was born March 7, 1939, in Gough, Georgia, to Julian and Martha Kitchens Johnson. Raised on his parents’ expansive working farm, he attended the University of Georgia, where he earned his undergraduate and veterinary degrees. A veteran of seven years in the U.S. Army Reserves, he was honorably discharged in 1963, with the rank of staff sergeant.

Upon graduation, he entered academia and became a diplomate of the American College of Veterinary Surgeons. As a boarded surgeon, he taught equine surgery for 16 years at the University of Pennsylvania New Bolton Center, Iowa State University, Kansas State University, Auburn University, and MU.

Johnson entered private practice in 1979 in Lexington. Always equipped with the latest state-of-the-art equipment, it has been noted that Johnson was the first veterinarian to use an endoscope at thoroughbred horse auctions. He was rarely seen without one draped around his neck. In his practice, he focused on thoroughbred racehorses and related surgeries, including arthroscopic and laser procedures. He built an equine surgery on his farm, and his expertise in equine laser surgery of the throat is recognized throughout North America. His practice included many Kentucky Derby and Breeders’ Cup contenders. Johnson has been credited with introducing what is now known as Lasix (furosemide) to prevent pulmonary bleeding in thoroughbred racehorses. Johnson was a fierce defender of the horse.

Always the professor, he would take the time to explain a diagnosis with a picture, video, or X-ray to anyone who would listen.

He conducted field trial studies for pharmaceutical companies including Merck, Merial, and Schering-Plough, and served on the Kentucky Equine Drug Research Council. He performed endoscopic examinations on the stomachs of 2,500 racehorses along the East Coast to test the results of a new treatment for ulcers now known as Merial’s GastroGard. Licensed in numerous states, he served on arbitration panels for thoroughbred auction companies Keeneland, Fasig-Tipton, Ocala Breeders’ Sales, Barretts, and New York Breeders. For 40 years, he also practiced in Jamaica and advised its thoroughbred industry.

In 2001, Johnson spent a month in Dubai and led the veterinary team in charge of quarantine for the Dubai World Cup.

Johnson also became certified in equine acupuncture. He lectured nationally and internationally on equine respiratory diseases and lameness. He authored chapters in veterinary textbooks and had articles published in the American Association of Equine Practitioners Proceedings, Journal of the American Veterinary Medical Association, and Journal of Equine Medicine and Surgery. He also traveled internationally to perform veterinary procedures. He was a member of the AVMA, AAEP, ACVS, NAARV, KVMA, KAEP, FAEP, The Thoroughbred Club, and The Keeneland Club.

The University of Missouri College of Veterinary Medicine is preparing to launch a new clinical service at the Veterinary Health Center.