The University of Missouri College of Veterinary Medicine participated in what may be the largest-ever clinical research program in veterinary cancer diagnostics.

In May, PetDx, a San Diego-based company, announced the launch of OncoK9 at select sites. According to PetDx, OncoK9 is a first-in-class multi-cancer test that allows early detection of the disease in dogs with a simple blood draw. OncoK9’s clinical validation involved collecting blood samples from more than 1,600 dogs across more than 50 clinical investigation sites spanning four continents. The MU CVM was one of the sites selected to participate in the study, which exemplifies precision medicine.

At Mizzou, 90 dogs were enrolled in the study beginning March 2020, including pets owned by CVM faculty and staff, as well as client-owned animals being treated at the MU Veterinary Health Center. Mizzou’s contribution made up slightly more than 5 percent of the dogs that were tested in the entire study. 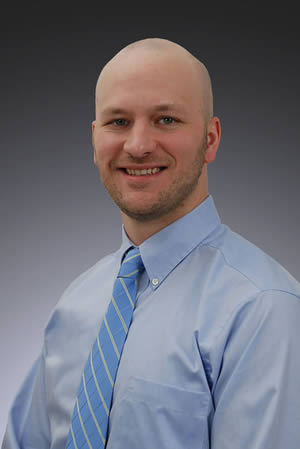 Brian Flesner, DVM, MS, DACVIM-Oncology, an assistant professor of oncology at the CVM, said his connection with PetDx’s Chief Medical Officer Andi Flory, DVM, DACVIM, created the opportunity for Mizzou to act as a clinical investigation site for this study.

“The veterinary oncology community is a small world,” Flesner said. “I performed my rotating internship under the tutelage of Dr. Andi Flory. She was one of my mentors during my internship back in 2010. She’s a good friend and reached out to me personally asking if we’d like to be a trials site. She’s been impressed by the clinical trials we’ve done here at the University of Missouri.”

According to Flesner, liquid biopsies are a noninvasive alternative to other cancer screening procedures and have the potential to become even more useful. “The nice thing about this test is that it can first detect if an animal has cancer, and hopefully in the future we can use it to tell how much cancer is in the body,” Flesner said. “You could then run this test instead of having to do other invasive procedures.”

The expectation that the use of liquid biopsies will increase was shared by Flory. “In the future, we envision offering the test for additional use cases, including minimal residual disease detection, recurrence and treatment response monitoring, and targeted treatment selection, greatly expanding the veterinarian’s toolbox for the management of cancer in dogs,” she stated in a press release.

Additionally, Flesner said this was one of the only trials that the CVM was able to conduct during the COVID-19 pandemic, and it required vital help from the VHC staff. “A lot of people worked on it, and my nurses really kept this going,” he said. “They were integral to us being able to complete this.”