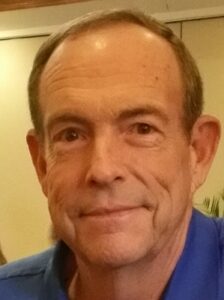 Nathaniel Thayer Messer IV, DVM, professor emeritus of Veterinary Medicine and Surgery at the University of Missouri College of Veterinary Medicine, passed away June 7, 2022, at the age of 77. Funeral services will be held on Wednesday, June 22, at Parker-Millard Funeral Service in Columbia. A visitation will begin at noon.

He was born on April 8, 1945, in Denver, Colorado, to Nat T. Messer III and Bernice Vandervort Hiestand Messer. Messer started riding horses at age 5, and as a preteen rode at Turner Riding Academy in Englewood, Colorado. These experiences started his lifelong appreciation for horses.

Messer earned a bachelor of science degree at Colorado State University in 1967 and a doctor of veterinary medicine degree in 1971.

He joined the faculty of the College of Veterinary Medicine and Biomedical Sciences at CSU as an associate professor in equine medicine and surgery and continued in that capacity until his appointment as the director of internal medicine at the Littleton Large Animal Clinic where he had worked during college and veterinary school.

It was during this time that he and his wife, Cindy Lavington Messer, became the parents of a daughter, Sarah Elizabeth Messer (deceased), and a son, Michael Payton Messer. The family moved to Columbia, Missouri, where he became an associate professor of equine medicine and surgery at the MU CVM. The new Veterinary Health Center was being built, and Messer was able to share his expertise as to how the facility could best serve large animals.

In 1999, Messer married Penelope (Penny) Simon and she brought to the marriage a daughter, Stephanie, and a son, Michael.

Messer was honored by the American Association of Equine Practitioners with the Distinguished Life Member Award for his commitment to leadership, education, and welfare advocacy during his 38 years of voluntary service to the association. He served as a member of its Equine Welfare, Abstract Review, Biological and Therapeutic Agents, Nominating and Research committees. He was appointed as professor emeritus at MU in 2014.