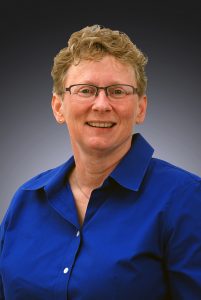 Joan Coates specializes in neurology and neurosurgery and is Section Head of the Neurology & Neurosurgery Section/Service.

In addition, Coates co-directs the Neurology & Neurosurgery Service, and is a diplomate of the American College of Veterinary Internal Medicine.

Coates received a bachelor’s degree and a doctor of veterinary medicine from the University of Missouri. She completed a small animal rotating internship at Texas A&M University and a three-year residency in neurology and neurosurgery at Auburn University. She also received a master of science degree in neuroscience from Auburn University.

When she’s not working, Coates enjoys spending time with her family and their four dogs, one cat, two miniature Sicilian donkeys and two quarter horses. Her hobbies include long-distance cycling, hiking and trekking and playing flute. 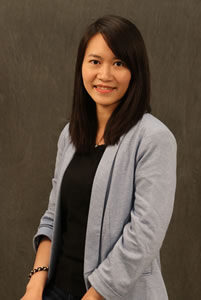 Sissy Hong specializes in neurology and neurosurgery with a special interest in seizures and neuromuscular disease.

When she is not working, Hong enjoys spending time with her family and going on hikes with her English Lab, Stix. Her hobbies include reading mystery novels, drawing and playing the piano. 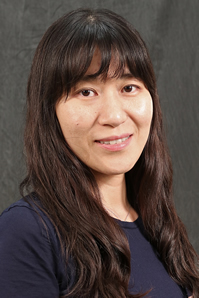 Ji-Hey Lim specializes in neurology and neurosurgery with a special interest in traumatic spinal cord injury and translational medicine.

Lim received a doctor of veterinary medicine from Seoul National University, College of Veterinary Medicine in South Korea. Following graduation, she completed a three years of training in orthopedic surgery and earned a PhD at Seoul National University. Her research focused on a spinal cord injury model and treatment using allogenic stem cells in dogs. To expand bench-top work to the clinical side, Lim joined a spinal cord injury program at North Carolina State University. There she conducted extensive research to improve the treatment of spinal cord injuries in dogs through the development of novel therapeutics, evaluation tools and biomarkers for the prediction of outcomes. Lim left North Carolina and went on to complete a residency in neurology and neurosurgery at the University of Florida.

When she is not working, she enjoys outdoor activities including hiking, swimming, snowboarding and golf. She also loves to watch movies and spend time with her husband. 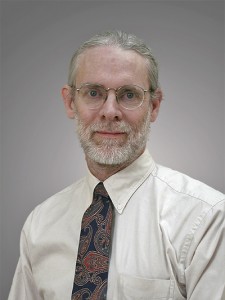 A diplomate of the American College of Veterinary Internal Medicine, O’Brien received the organization’s Kirk Award for Professional Excellence in 2011.

When he’s not working, O’Brien enjoys hiking, cycling, prairie restoration, and photography.  His family shares their home with two cats, three draft horses, and two dogs with cerebellar ataxia and one with diabetes. 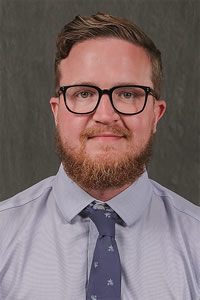 Joe Kowal, DVM
Joe Kowal is a veterinary neurology and neurosurgery resident who, under the supervision of board-certified neurologists, works with patients with neurological diseases, and he participates in research.

Kowal is from Indianapolis, Indiana, and received his bachelor’s degree and DVM from Purdue University in West Lafayette, Indiana.  He completed a small animal rotating internship and a neurology research specialty internship at the University of Missouri. 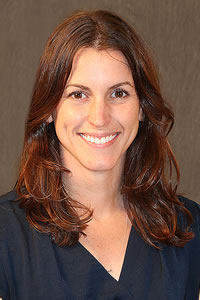 Elizabeth Meiman, DVM, is originally from Durham, Connecticut, and received her bachelor’s degree from the University of Connecticut. She went on to veterinary school at Iowa State University and completed a small animal rotating internship and neurology specialty internship at Red Bank Veterinary Hospital in New Jersey. She completed an internship with the University of Missouri Comparative Neurology Program studying canine hereditary neurodegenerative diseases prior to starting her residency. 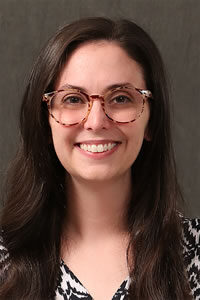 Alexa Stephen, DVM
Alexa Stephen is a veterinary neurology and neurosurgery resident who works with patients with neurological diseases and participates in research under the supervision of board-certified neurologists.

When not working, she enjoys hiking, camping, ballroom dancing, and spending time with her dog Shae. 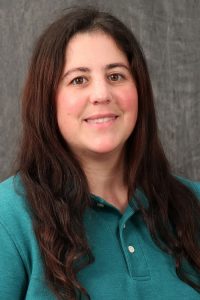 Natalie Villani, MS, DVM
Natalie Villani is a veterinary neurology and neurosurgery resident who works with patients with neurological diseases under the supervision of board-certified neurologists. She is also a Ph.D. candidate in the department of Veterinary Pathobiology, researching canine inherited diseases.

She is originally from Pittsburgh, PA and received bachelor’s degrees from Youngstown State University (Ohio) and the University of Central Florida. She went on to complete a MS and DVM, both from the University of California at Davis. She then pursued a rotating internship in small animal medicine/surgery in New York and a neurology and neurosurgery specialty internship in Los Angeles.

When she is not working, she enjoys playing and refereeing ice hockey, playing video games, hiking, and training her Nova Scotia Duck Tolling Retriever, Hachi, in a variety of dog performance sports such as agility, rally, and barn hunt.

Joshua Berhorst, RVT
Joshua Berhorst was born in Jefferson City, Missouri. He spent a lot of time outdoors where his love for animals grew. His mom had to check for wildlife whenever he came inside. In 2015 he moved to Hillsboro, Missouri to go to school at Jefferson College. He got his first job in the veterinary world on his 18th birthday as a veterinary assistant at Romaine Creek Veterinary Center.  In 2018, he completed his education and passed his boards and became a registered veterinary technician. He then worked as a technician at Veterinary Specialty Services in the Emergency and Critical Care Department. In 2022, Berhorst moved back to Jefferson City to be closer to his family. He now works with the Neurology and Neurosurgery Service at the MU Veterinary Health Center.

Amanda Barnhart
Amanda was born in Germany, only being there for 3 short years she then came to Missouri. She moved often, always in Missouri though. She moved to Mid-Missouri in 2013 where she worked at an animal hospital in Jefferson City as a Veterinary Assistant for two and a half years before meeting her husband and moving to Columbia in 2016. She was hired on at the VHC in February of 2017, working part-time. She and her husband married July 2017. In December 2018 Amanda joined the Neurology team. She now lives just outside of Columbia, with her husband, their dog Rocky, and cat Bullwinkle. Since settling down she has decided to continue her education with eventual goals of becoming a registered veterinary technician.